We’re thrilled to be the winner of the Best Supplying Dealer of pre-owned Caravans 2018 category in the Caravan Owner Satisfaction Awards run by Practical Caravan.

Thanks to all the Practical Caravan readers and The Camping and Caravanning Club members
who took part in the Caravan Owner Satisfaction survey and gave us such a high rating in the
New & Pre-owned caravans category. We’re proud you think so highly of our caravans to award us Gold in the Pre-owned category and silver in the new.

Over 2,000 caravan owners gave their feedback on the caravan they own in the Practical Caravan’s Caravan Owner Satisfaction survey and we’re delighted they gave us an 99% satisfaction rating in the pre-owned category. Thank you to everyone who took part!

The Camping and Caravanning Club, in partnership with Practical Caravan and Practical Motorhome magazines, has revealed the winners of the Owner Satisfaction Awards for 2018. This is the second year that a combined Owner Satisfaction Awards has been run for tents, caravans and motorhomes, this year featuring a category for trailer tents and folding campers for the very first time.

The awards, presented at a star-studded industry dinner at The Midland Hotel in Manchester on Thursday 18 January 2018, were based entirely on the input of thousands of Club members and Practical Caravan and Practical Motorhome readers via a year-long Owner Satisfaction Survey.

The winners were announced across 17 categories at this year’s ceremony, hosted by TV presenter and Club President Julia Bradbury. League tables for each unit type were drawn up in each category, with brands earning the highest satisfaction ratings according to respondents to the surveys crowned as winners.

The surveys were open to anyone who has bought and used a camping unit since January 2014, and the results are published by The Camping and Caravanning Club, Practical Caravan and Practical Motorhome magazines. Robert Louden MBE, The Camping and Caravanning Club’s Director General, said: “The findings of the Owner Satisfaction Surveys will help manufacturers to improve their products and customers to shop smarter. “Trends change over time, but campers always want to share feedback on their units. The awards are based on the most valuable data out there – feedback from
real customers who have used their units in all kinds of weather.”

Alastair Clements, Group Head of Content for Practical Caravan and Practical Motorhome, said: “We’re proud to base these awards entirely on feedback from the ultimate real-world reviewers – the owners who live with these products every day. The Owner Satisfaction Survey gives our readers and Club members an opportunity to get their voices heard, to reward the very best that the industry has to offer, and to highlight the areas that still need to be improved.” 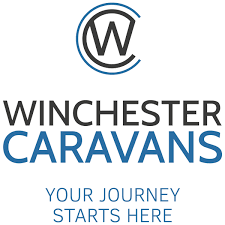 It's official! We are open for business. James and the team look forward to welcoming you back.