You are here: News & BlogsPress Releases and News

Nick opted for the Jurassic Coast walk, which started at Corfe Castle and finished in Bridport. He set off at 9am on Saturday 14 May and crossed the finish line at 7.30am the next day, clocking up an excellent time. 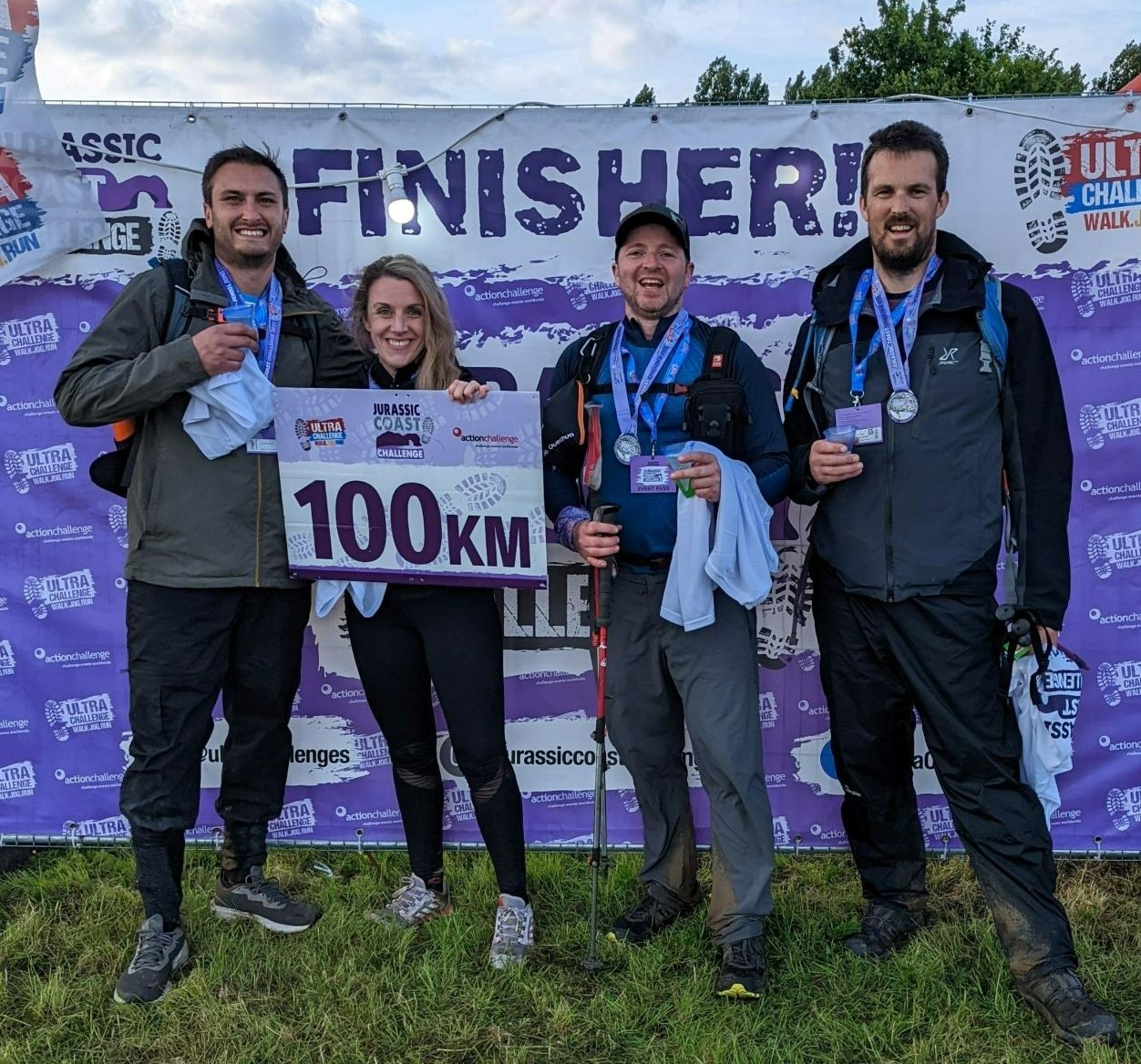 Nick (pictured far left) did the walk in memory of his Grandad, Alan Morgan, who suffered from Alzheimer’s. Nick said: “It’s a horrible, cruel disease, it changes the person you know. You spend your life making memories and Alzheimer’s takes that all away from you and has a huge effect on everyone around you. Witnessing that has made me want to do all I can to raise money for research into this disease.”

So far Nick has raised £750 (£990 including gift aid). He paid the cost of the event himself to ensure that all the money donated went straight to the charity. Winchester Caravans and Motorhomes Managing Director James Southwood donated £100 to support Nick’s efforts.

Alzheimer's Research UK is the leading dementia and Alzheimer’s disease research charity, founded in 1992. Their vision is a world where people are free from the fear, harm and heartbreak of dementia. Their mission is to bring about the first life-changing dementia treatment by 2025 and their scientists have been behind some of the biggest breakthroughs in dementia research to date.

Taking part in the Challenge was quite a spontaneous decision for Nick, who signed up for the event just two weeks before.

Nick said: “This meant that I didn’t have much time to train, but I walk a lot anyway so I’m reasonably fit. I’ve never done anything near that distance before though so it was savage! The first half was hilly, but I made a plan to power through that part, which I did.

“The weather was nice for the first half which helped, and the scenery was amazing. I met a group of people around the halfway mark and we stuck together from that point on and encouraged each other, which was great for our morale.”

This challenge was Nick’s first but he is planning more Ultra challenges throughout the year to gain experience and improve his fitness. He has signed up for another 100k in June - the Cotswold Way Challenge -  and has booked to climb Snowdon in July too.

Nick added: “The walk went amazingly, a lot better than I thought it would. The experience itself was one of the best of my life; meeting people along the way, the breath-taking views, the fact I’ve raised the money I have, it was a great all-round experience. I’ve had quite a lot going on this year but I’m thrilled to have achieved something like this and for such a great cause.”

Please visit Nick’s Just Giving page if you’d like to support him in his next challenge and the research into Alzheimer's. Meet the rest of the Winchester Caravans workshop team…

You are here: News & BlogsPress Releases and News